On the forefront of Internet-based application design and development since 1994, Harry designed all of the user interaction concepts behind the first secure Web shopping cart as a co-founder of Virtual Vineyards.

In 1999, Harry co-founded Public Mind, an early Digg-like system for collecting and managing customer feedback. He has worked with some of the finest companies in Silicon Valley including Adobe, Apple Computer, DreamWorks Animation, Google, Hewlett-Packard, O’Reilly and Associates, SAP, Silicon Graphics, and Silicon Image.

Now, as a consultant and trusted advisor to executives, technical visionaries, and entrepreneurs, Harry helps clients get to the heart of their problems and challenges, identifying opportunities and solutions that work.

He is co-author of two books “Skype: The Definitive Guide” and “Art-directed Technology: Anatomy of a Shrek 2 Sequence”. Currently, Harry is working on a book on strategic decision making. He is also a certified Master Practitioner of Neuro-Linguistic Programming (NLP). 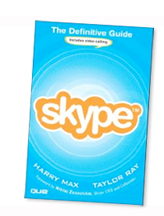 Harry lives with his family in Mountain View, California.

TvG: How are things?

TvG: That’s great to hear. So let’s get started. Can you explain to my readers what Neuro-Linguistic Programming or N.L.P. is?

HM: For me, I’ve internalized N.L.P. as a way of thinking about a set of principles, a philosophy and the techniques for both studying and understanding how people experience the world. Comprehending how they go about what they’re doing; making the choices they’re making, and taking the actions they’re taking.

TvG; That’s a very broad and all encompassing description. Can you give me more detail about each of the elements you mention… the principles, philosophy and techniques?

HM: Fundamentally, N.L.P. is a way of understanding how people interact with the environment, whether that environment is internal or external. When it comes to understanding human experiences, it’s particularly useful to try and make some distinctions around what experience means.

As it relates to how people make distinctions, we have a set of senses, we have intellectual capability that neuropsychologists and artificial intelligence people would break up into categories. That allows us to look at the information inputs and outputs as well as the information processing channels that people use.

N.L.P. is really a structured way for addressing the relationship between the input channels (including the senses) and the processing channels (how those senses are interpreted) over time. The input and processing of information creates the actual experience that we have as human beings. We have both intellectual interpretations and judgments based on the information that we’ve got, and we also have physiological and autonomic reactions to our experiences.

TvG: Since design involves the input channels, N.L.P. is obviously very applicable to the design process. How have you used N.L.P. more specifically as part of your design approach?

HM: I’ve used N.L.P. in a number of ways, starting with the development of the first online shopping environment, where I applied it for the first time in a methodical way.

TvG: What was that environment?

HM: It was Virtual Vineyards, which was the first secure online shopping environment. What I did was to look at the N.L.P. Outcome Frame; the question is how do people go about seeking to get their needs met in an online environment?

The online environment needed to allow multiple people to meet their needs at the same time. So I used N.L.P. as a structure for figuring out how to balance the equation of how value was exchanged between consumers and business. So every single screen and interaction was framed out in terms of a well-formed outcome.

I used N.L.P. as a structure to address how intelligent, intentional creatures go about identifying, acquiring, communicating and transacting with other people in an online environment. Beyond that, every single screen was designed by looking at the criteria for sufficiency and success.

So with the Outcome Frame as the basis for a design methodology, I would identify what the evidence for success would be that the business person and the consumer would experience and break that down into the specific sensory criteria; they would see this, they would hear that, and they would feel something else. So every interaction was reflected back to the user.

TvG: Would you see outcomes as balancing user needs with business goals on that seesaw?

HM: You could, but I would caution that the difference is that an outcome is about a result, while a goal can be quite intangible. An outcome has a clearly defined sensory experience that is defined as part of its requirement.

TvG: So would the sensory experience in this case be defined as the sensory feedback that confirms for both the user and the business that they’ve achieved the outcome?

HM: Yes, but there’s also feedback all throughout the process of engaging someone in the process of achieving an outcome. As part of achieving an outcome, there’s a sequence of activities that need to be accomplished in a particular order, with a set of dependencies and a series of pre and post conditions and post-conditions. That sequence of activities has to reflect back to the user through feedback that each step in the process is under way and that the outcome is likely to be achieved.

TvG: So does the confirmation that the outcome been achieved always arrive in the form of some type of feedback?

TvG: My sense is that the feedback is really the trigger for the majority of unconscious emotional responses.

HM: Yeah. I’d say the feedback is what influences the responses at that level.

TvG: You gave a great description of N.L.P. as a framework for constructing the methodology that you apply in your projects. Are there any other ways that you feel being an N.L.P. practitioner has helped you in your work as a user experience professional?

HM: That’s a good question. I think there are three other ways. The first is by employing sensory sub-modalities as a subliminal cueing device. So, for example using things that get larger or smaller within the visual plane to indicate going away or moving towards. There are many different cases where I’ve used subliminal cues from the visual world to help people understand whether they were having a more or less immediate experience. The first shopping environment was built around the idea of products, the companies they come from, and people’s stories.

This was done in 1994. At that time it was pretty unusual to see a thumbnail of a product, click on it and go to a larger picture of that product. I was one of the first ones out there doing that, and doing it for a purpose. I’d also have items in black and white becoming colour. So, doing things to really give someone the sense they were having a more immediate, more emotional experience of something. I was playing around with all of those as variables in the design process.

TvG: And all of those things unconsciously increase the arousal level, which is the physiological component of emotion.

HM: Exactly! So going to the next level, if you go back to late 1994, early 95, you’re only going to find one URL where the actual domain name was printed in bold… and that was Virtual Vineyards (www.virtualvin.com) It was an analog marker. I was using cues in the language. Peppered throughout the site were embedded directive commands where I would tell people exactly what to do.

All the language in the buttons and labeling was designed to be very consistent with Ericksonian techniques to get people to move through space and time in a particular direction. Not necessarily to close down their options to prevent them from having choice, but rather to guide them in a direction that would allow them to learn, and come to the obvious conclusion that they needed to buy something. So that was the second thing; the dramatic use of language.

In retrospect, I now realize my approach set a standard for many years because I didn’t do things like “click here.” What I would do is to say “if you’re looking for more information”, where “more information” would be bold and the hyperlink made explicit. The content was very conversational and hypnotic, but not necessarily done for the purposes of being manipulative, but rather for the purposes of removing that self-consciousness that comes when interacting with design that’s not done well.

TvG: Do you mean the anxiety that users experience when they’re not really sure where to go or what to do?

So as you moved through the system, it always remembered where you were and what you did, so you could always get back to the last thing that were doing without using the back button. But every page also helped you recognize where you were within the larger context because the categories were maintained as navigation links. So this whole concept of “breadcrumbing” didn’t exist until I was actually doing it in ‘94.

Stay tuned for Part 2 of my interview with Harry Max, where we’ll discuss ways to use the senses to influence emotional engagement, and how to design for personality.

For part 2 of this interview, see:
An Interview with Harry Max – Pt.2

Interesting blog post. What would you say was the most important factor in using NLP?

Perhaps it was Robert Dilts’ comment that, “Certainty is the enemy of truth.” Beyond that, while I’d like to say that the most important individual factor was the application of the well-formed outcome (frame) to the overall design of the user experience, it might be more accurate to say that looking at web design through the lens of “the study of subjective experience” provided what appeared to be an innovative approach to architecting an effective, transactional information space. -Harry Max

I very much immensly enjoy your website, keep up the good work!
What do you think about my theories on hypnosis.